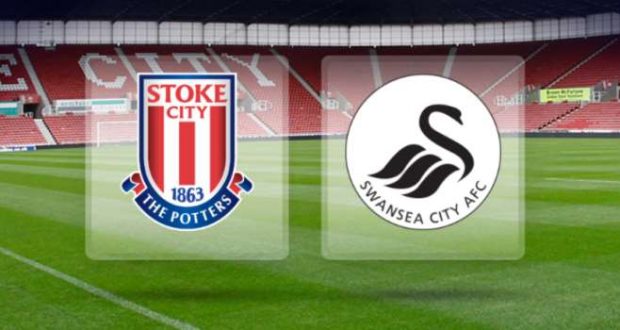 The team of Stoke City hosts Swansea City in the game from the 10th day of the Premier League on Monday.

Stoke is currently 16th in the Premier League with 9 points after 9 games. They have 4 straight losses between the 2nd and the 5th round, but the team of Mark Hughes took over and they just signed last 4 games unbeaten. They first take a point against West Brom (1-1) and on the ground of Manchester United (1-1). Then, in the last 2 meetings, they achieved two victories against Sunderland (2-0) and last weekend against Hull (2-0).

After 9 round the team of Swansea is in the relegation zone in the Premier League (19th) and has a record of 1 wins, 2 draws, and 6 defeats. The Swans have reached their only success in the first day of the season against Burnley. Since then, they registering 8 games without a victory. Last weekend, they ended a series of four consecutive defeats after a home draw against Watford (0-0).

Since the beginning of the season and both teams did not show a strong game in attack. Therefore I expect two or fewer goals in this match.