Monaco were on their way to secure a huge win in England two weeks ago, but they conceded 3 goals late in the game. Subasic needs to improve his performances as he looks out of form in recent weeks. Mbappe and Falcao will once again prove their abilities against a shaky City defense which concedes goals in bunches against quality sides. Man City’s clean sheets all came against weaker teams whose offensive players don’t have many chances at their disposal. Monaco’s defeat in Manchester was their first for 3 months and during that period they only drew 5 games, with 3 of them being in the domestic cup competitions.

Man City improved their away appearances, winning 5 of their last 6 away games in all competitions. Their only draw in that segment came against Huddersfield where they played with their reserves because of the upcoming match against Monaco three days later. Manchester City had only 3 days to prepare for this game in France and they haven’t had more than 3 days for preparation since the 13th of February where they played against Bournemouth 8 days after they played against Swansea. 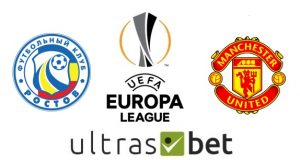